Sport has been a dominant part of life for HRH Princess Haya since childhood. Having experienced the power of sport in Her own life, She works tirelessly to give others, especially young girls, a similar experience. Her work as the former President of the International Equestrian Federation (FEI) and as a member of the International Olympic Committee (IOC) has been motivated by the belief that sport improves lives, empowers women, and breaks down barriers between people and nations. Her experience with sport also influences Her humanitarian efforts and Her work as a UN Messenger of Peace.

Princess Haya was elected President of the FEI in 2006 (and re-elected in November 2010 for a 2nd term) and has since improved the federation’s financial position with the addition of new sponsors, launched FEITV to reach a broader audience and adopted the Clean Sport initiative to combat doping. In August 2014, ahead of the FEI elections, Princess Haya announced that she would not stand for a 3rd term as FEI President, allowing more time to raise Her children and fulfill Her commitments to humanitarian work.

HRH Princess Haya continues to serve as the FEI’s Honorary President as well as a representative of the FEI Solidarity Committee. 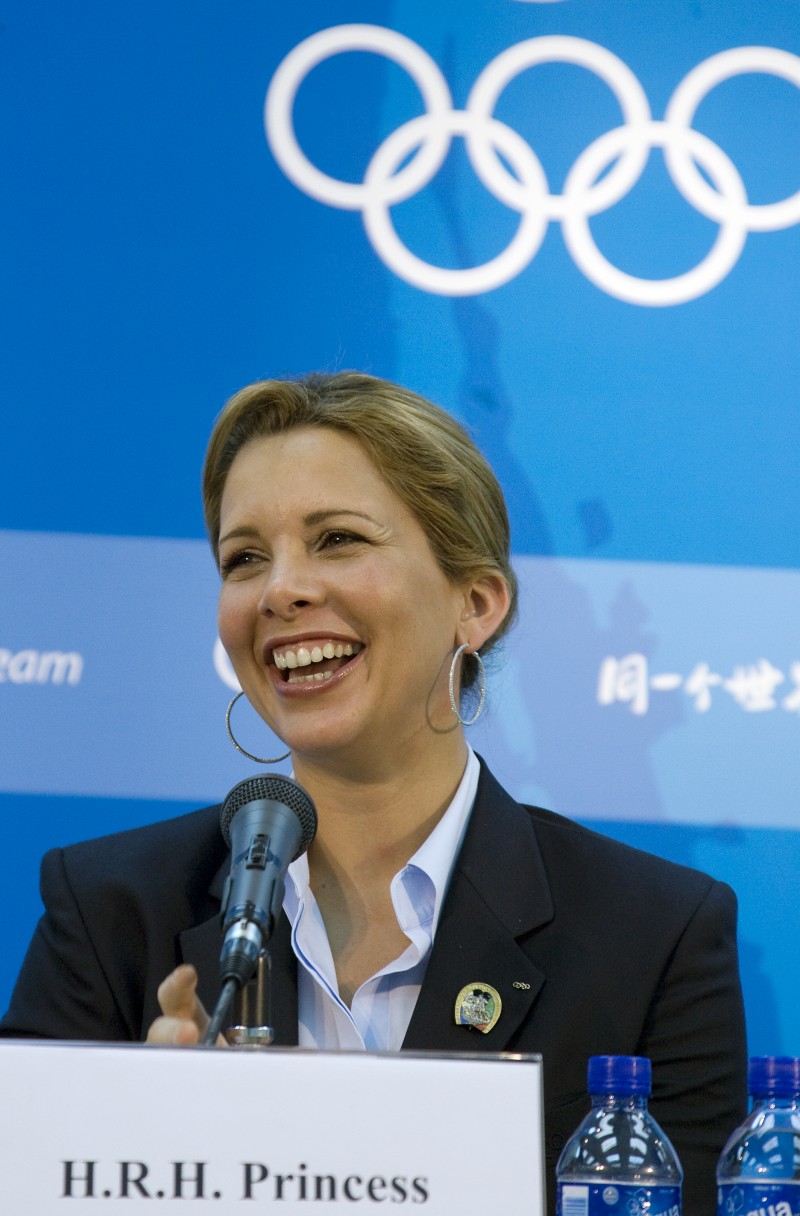 
The International Olympic Committee (IOC) is the governing body for the Olympic Movement. It was founded by Pierre de Coubertin in 1894 to revive the ancient Olympic Games and to promote Olympic values of fair play, respect for opponents and the pursuit of excellence. The IOC selects the host cities and determines the programme for the Olympic Games, and supports International Federations, National Olympic Committees and other sport organisations. It is at the forefront of the fight against doping in sport. HRH Princess Haya, who competed in equestrian events at the 2000 Games in Sydney and qualified for the 2004 Games in Athens, was elected to the IOC in 2007, and served until 2014. She also served on the IOC Athletes’ Commission (2005-2010) and on the Commission for Culture and Olympic Education. 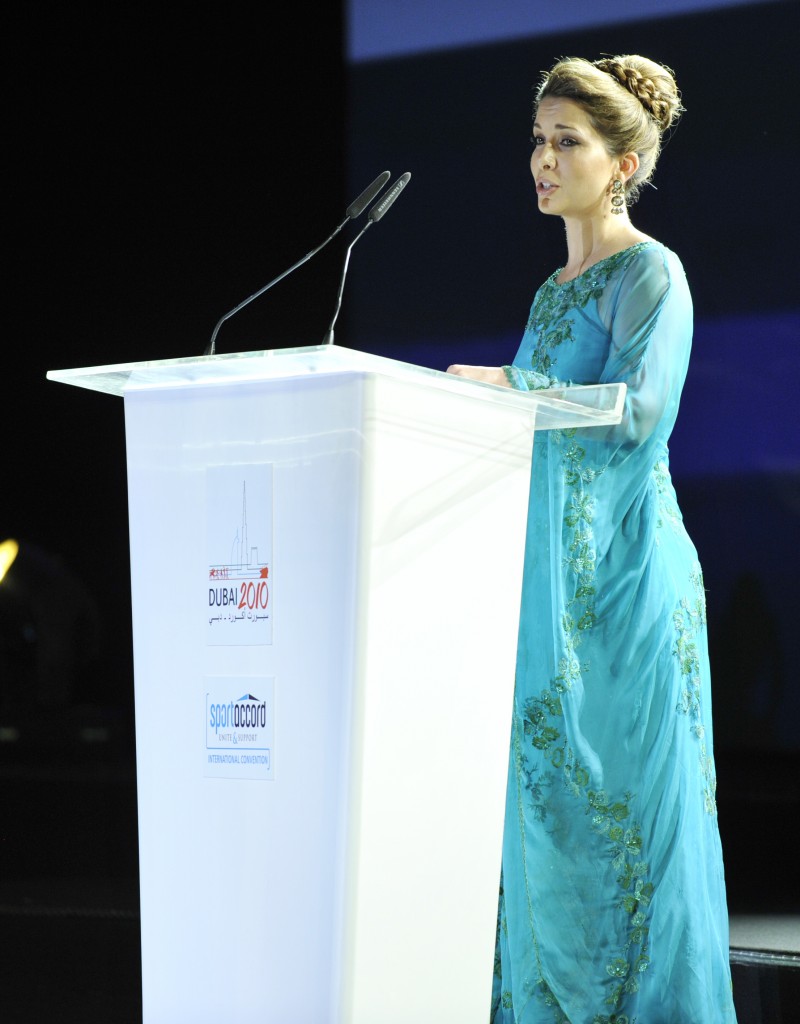 The SportAccord International Convention is a 5-day gathering of leading representatives from international sport. The annual convention encompasses the Congress and General Assemblies of over 100 International Sports Federations (IFs) and their related Associations. The SportAccord International Convention launched in 2003 in order for the Associations and the IFs to increase efficiency by holding all of their annual meetings at the same time and place, and also as a commercial platform whereby the sports industry could have 'one-stop-shop' access to all the world governing bodies and their key decision-makers. SportAccord’s goal is to offer the international sports community an annual occasion to gather together in an exclusive and authoritative networking environment, to build relationships, expand horizons and broaden sports collective endeavours. It receives the full support of the International Olympic Committee (IOC). HRH Princess Haya served as President of the Dubai Organising Committee (DOC) for SportAccord 2010, the first SportAccord convention in the Middle East. The meeting took place in Dubai from 25-30 April 2010. 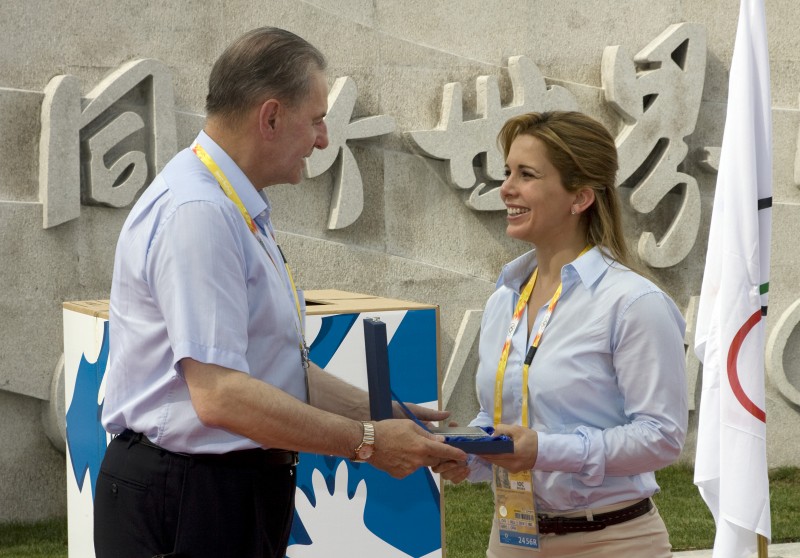 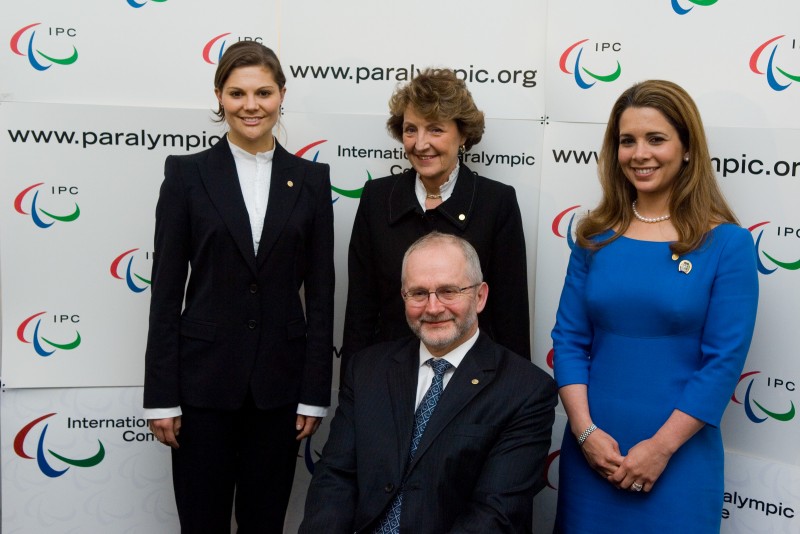 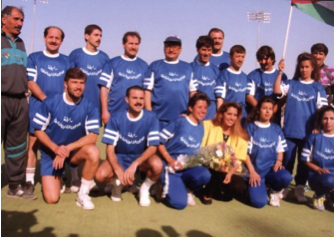 The International Jordanian Athletes Cultural Association was founded in 1994 to create a legislative procedure for professional sports in Jordan. Currently, it provides, free of charge, protection, legal advice for athletes concerning their professional negotiations and national health care for all International athletes. This organisation also provides awards and incentives to further motivate athletes who have already achieved at Arab and Asian levels. The association also aims to provide moral and financial support for athletes, co-operating with sports federations worldwide to encourage and support sports in the Kingdom, co-operating with sports clubs to enhance their role in society as much as possible, creating fan clubs for different sports, promoting the culture of sports in the community. HRH Princess Haya is President and Founder of the International Jordanian Athletes Cultural Association. 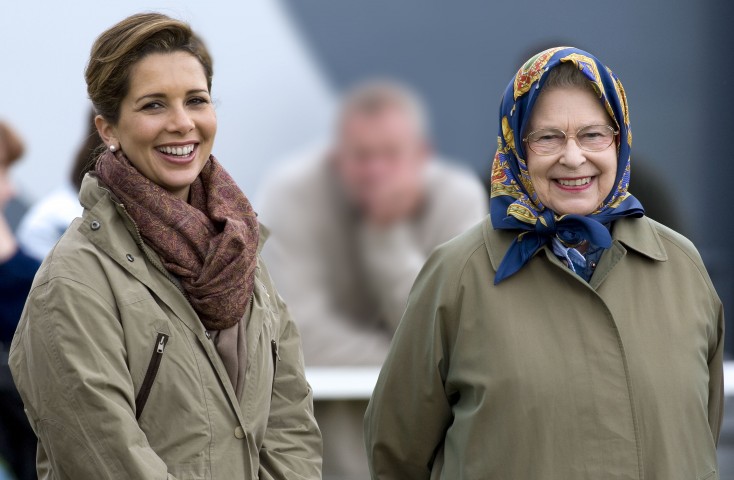 The Royal Windsor Horse Show is a major equestrian and family event at Windsor since its inception in 1943. The show was founded by Count Robert Orssich and Mr. Geoffrey Cross and was known at that time as The Windsor Horse and Dog Show. It was held under the patronage of George VI and Queen Elizabeth and the two princesses, Elizabeth and Margaret. The Royal Windsor Horse Show takes place in the middle of May and has grown substantially in size and importance at least because of its wonderful setting beneath the walls of Windsor Castle. The Horse Show also enjoys the support of the royal family and of course world class competitors can be expected each year. HM The Queen is a regular visitor and enthusiastic supporter. HRH Princess Haya is the Vice-President of the Royal Windsor Horse Show.